I was scared. Really scared.

I decided, committed, and scooted my butt right off the 55 foot platform.

After that, it was easy (almost anticlimactic).

With helmet, harness & ropes, I walked with 12 women who in any other setting would have looked pretty normal. 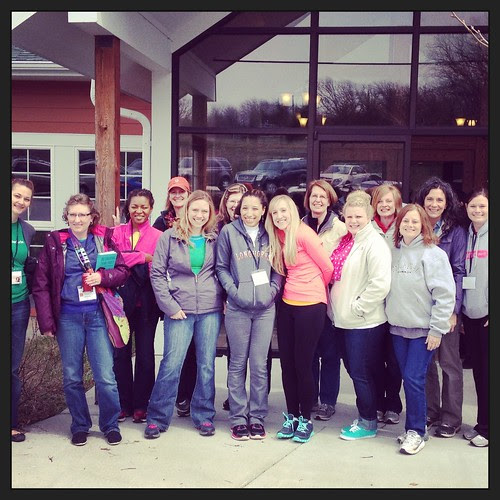 But these ladies were anything but normal women.

And dreamers are brave . . even when they're scared. 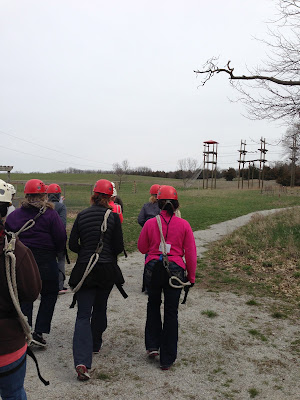 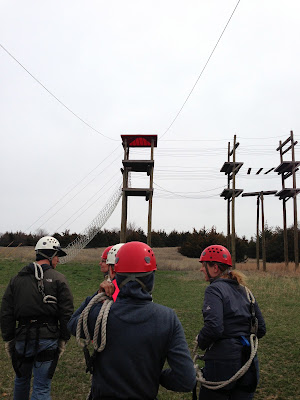 I can do this. No problem.

I climbed the cargo net. 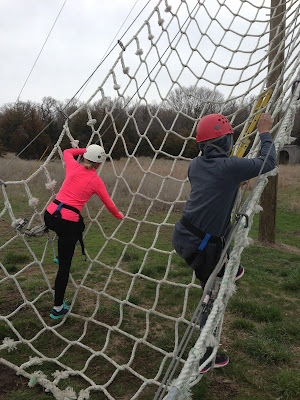 Once I got the hang of it, it was easy. 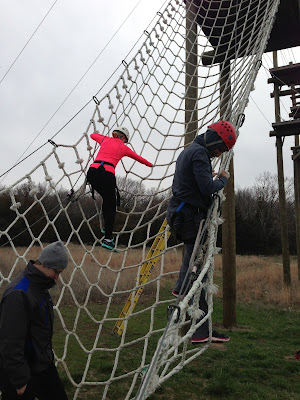 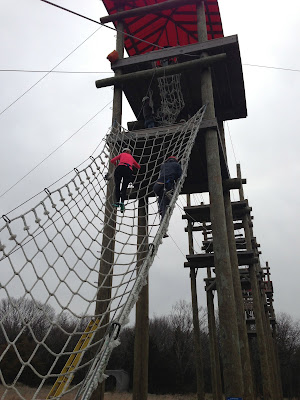 Gradually I'd realized how high I was getting.

But as long as I leaned forward, held tight to the net and kept my footing sure, I was good.

Even if I slipped, the net was right under me. A leg or an arm might fall through, but there was no way all of me could fit through the gaps in the net.

On top of that, I was clipped in to a cable that would catch me if I fell.

what was I supposed to grab on to? 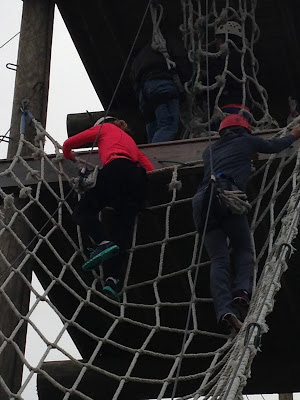 I felt like a bug trying to climb up on a ledge. 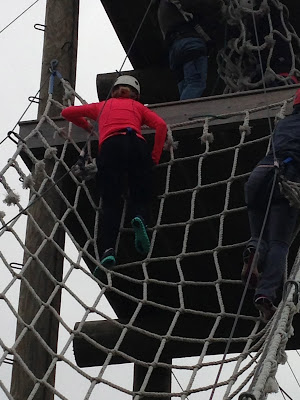 The leader on the platform checked my harness. It was uncomfortably tight, but he tightened it more. Not wanting to accidentally "slip" out of my harness, I welcomed the discomfort.

From there I entered another net to climb yet even higher to the platform above me.

This cargo net hung from overhead and surrounded me on all four sides. The climb up wasn't more than 10 feet, but the challenge here was how to climb up a free-swinging net.

I started with my hands and feet in front of me like I'd climbed the previous net, but soon found myself practically hanging backwards.

It took some thinking, struggling, and trying a few different positions until I found a workable way to climb. (The woman behind me thanked me later for figuring that out for her ;)

Now on the second ledge, I got my footing and started to stand up.

And the platform swayed.

There were no railings.

Just two cheery leaders talking to the rest of us with tones that seemed intent on conveying . .

The kind of fear I was feeling fifty-five feet in the air with no railings and the platform under me swaying wasn't easily assuaged by cheery tones.

But I took their word for it.

They clipped me in again to a cable above my head. Now this was my "safety net." If I lost my footing, the cable would keep me from falling.

My excitement and fear combined into some strange mix of disoriented giddiness.

I waited and watched as the brave woman in front of me prepared to "scoot" off the tower onto a zip line that would carry her flying into open space for no other reason than her desire to do so.

And then it was my turn.

It wasn't panic, just an electric moment of realization and decision.

Flying through the air was exhilarating, funny, and EMPOWERING!

I'd hardly unhooked when I was considering what other wild adventures and feats I might attempt (the Wonder Woman complex was setting in).

On the ground, I watched and cheered as my fellow dream-sisters one by one faced their fears and flew.

As a writer, the whole thing was so rich with analogy I almost started writing on my iPhone right there.

But the most glaring truth, the most surprising reality, and the most wonderful relief was this . .

The greatest fear was not in the flying but in every step until the moment I said the final YES.

The fear wasn't in the doing, in the place I might fail and fall to my death.

It was in all the steps up until.

The real overcoming is getting there.

And then once you arrive at the last moment of decision, that place where you've expected all along to face the greatest fear,

You realize you already have. 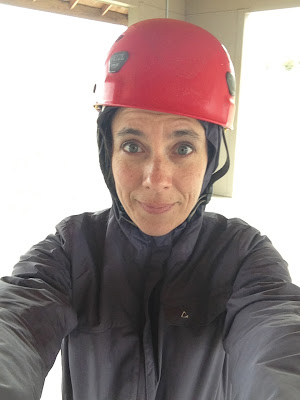 Check out the inspiring words of some fellow brave jumpers/dreamers: 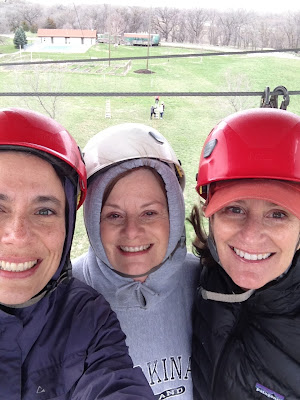 Disclaimer: the photos/videos of the climbers above are not me in most instances. But I promise, I DID do it.

This is where it happened (click on the button below to read more posts about this incredible weekend and the women there) . .